LEGO ABCs: O is for Olympics

We are on the Letter O this week for blogging through the alphabet. I have to say this one was a doozy until I realized that the Olympics is in 2 days! Duh! Why not do that?! So, I asked each of my kiddos to make/create their favorite summer Olympic sport or one that they would want to watch. And, what's even better? My co-host Chareen is also blogging about the Olympics. 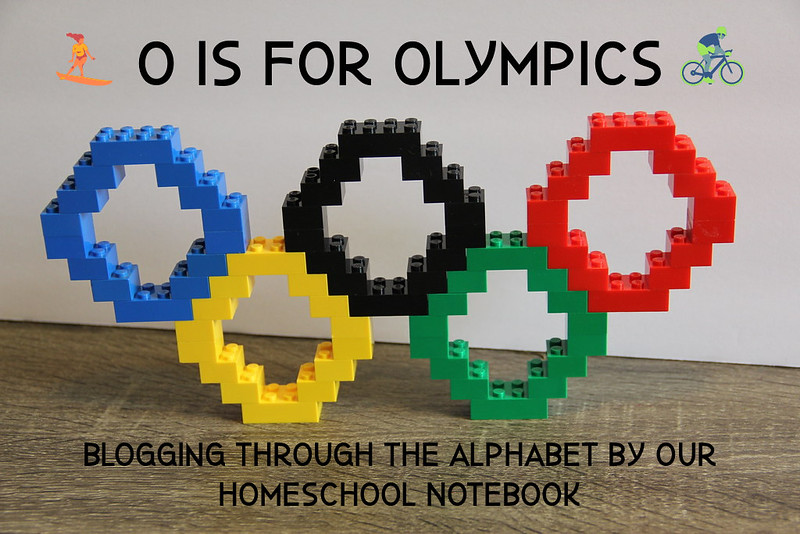 Making different elements of the Olympics was so fun. I wish we had more time to make more, but hopefully as we watch the Olympics over the next few weeks the kids will be inspired to add to what we've made so far.
As I stated earlier, I asked my kids to make their faovire summer Olympic sport. I got 2 of the kids to make something. The other 2 are still working on theirs.
First, we have the observer at home on the couch. This one was made by Aric. I thought it was pretty clever because that is exactly how we'll be watching. Apparently, this is his favorite "sport." 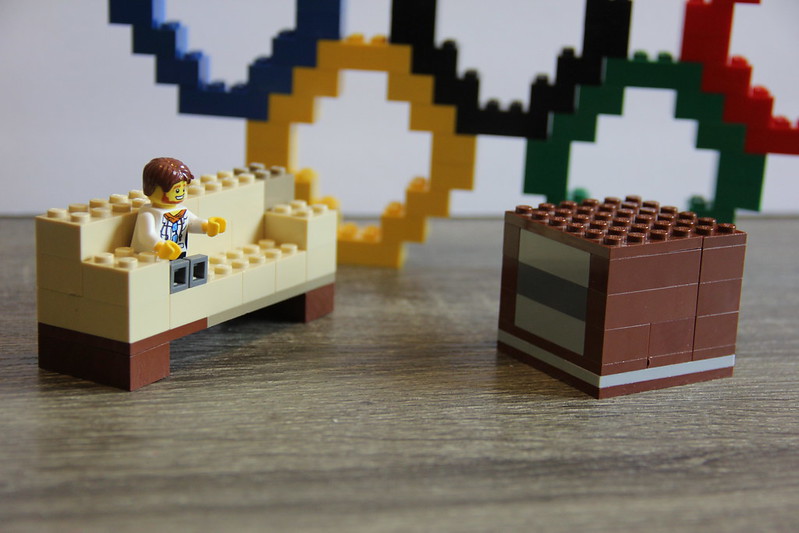 Next we have the swimmer carrying the Olympic torch, and all the people in the audience. It was hard to find observers that were just normal minifigs and not Batman or any other character. Although, April thought it would be great to have Shakespeare or Santa Claus sitting there. 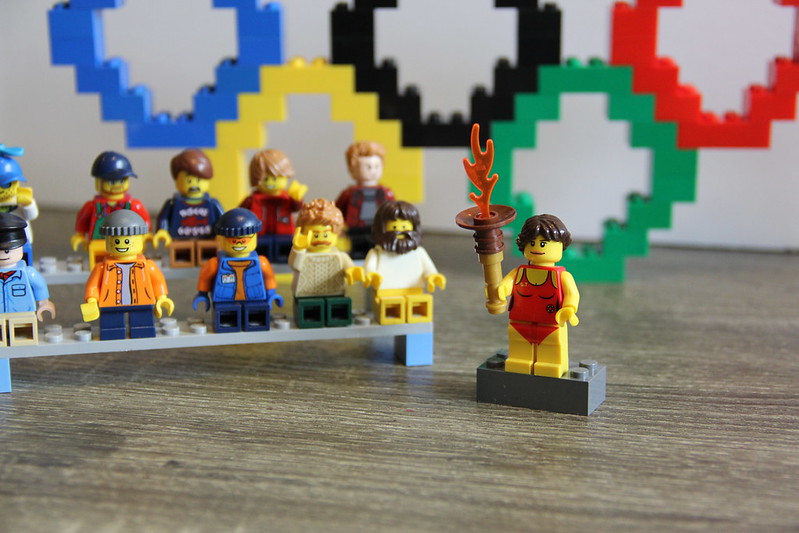 I made the torch girl and the observers. 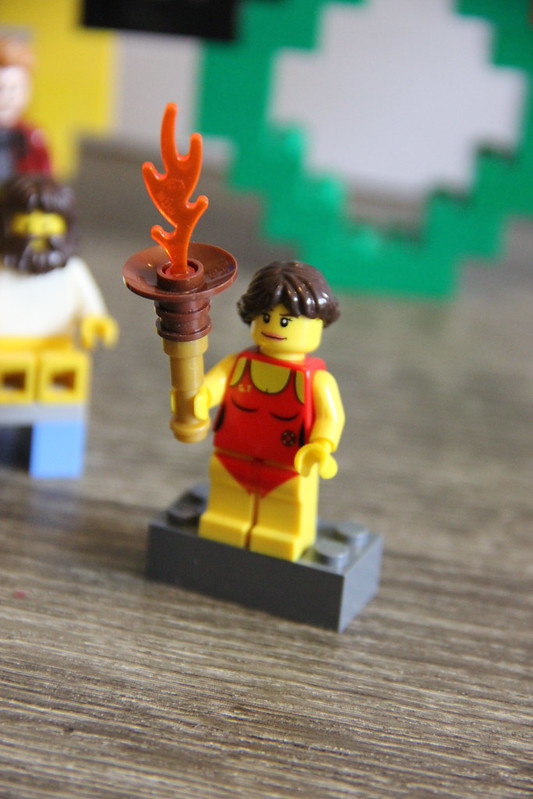 Next we have the Equestrian events made by April (and mom). She brought me the horses and the people and I added the jump. 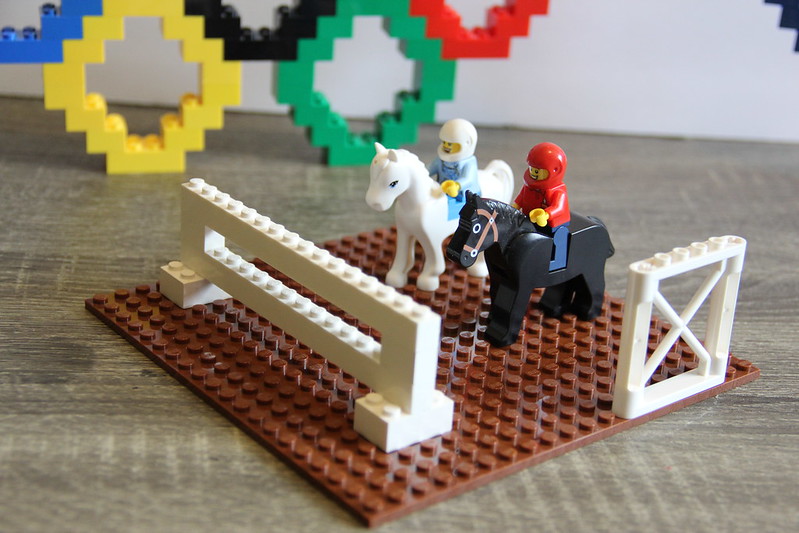 Alex has yet to do his favorite sport, but he did help me make these rings. These are not as easy to put together as it looks! He struggled and had to put them back together a few times after them falling apart, but he persevered and now we have a fun decoration while we watch all the games. The idea for these rings came from Little Bins, Little Hands. 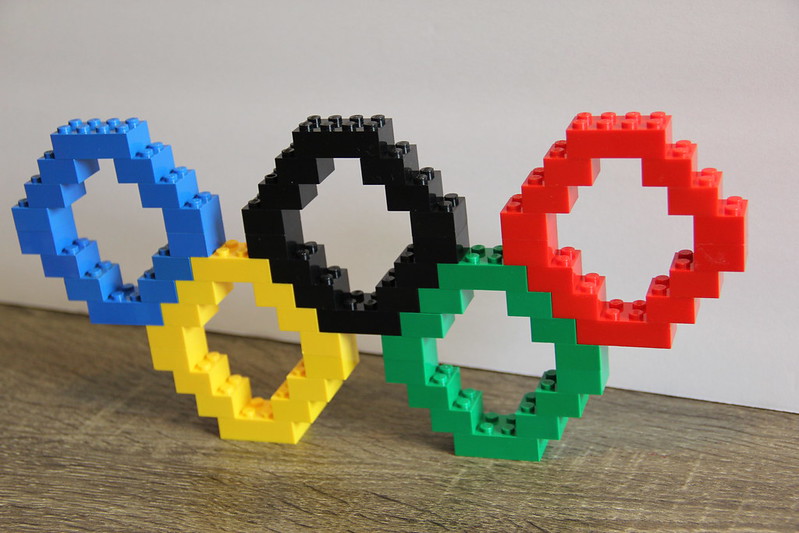 I made a set of rings too, and helped him find pieces for his. I really like how these turned out, and the pieces are pretty standard. 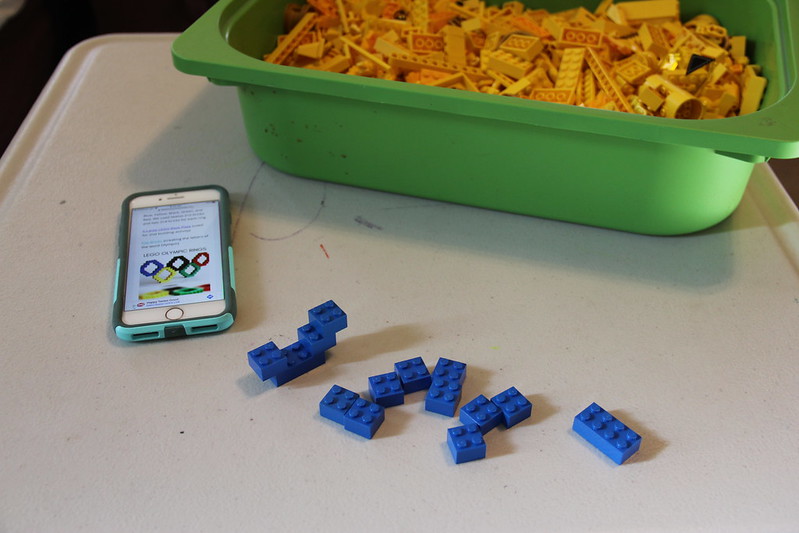 More Olympic LEGO building inspiration is found at Frugal Fun 4 Boys and Girls. That is where I found the inspiration for the torch and the people observing.
O is for Outside:
This was my original idea for this week's post, but it just wasn't coming together in a very interesting way. I still want to mention it though.
On Sunday afternoon I was building a Ninjago set that I posted about last week. It was fun, but the outdoors was calling me. I just wanted to get outside and enjoy the sunshine. I kept thinking I should just take the LEGOs outside. It seemed like a pain to take it all outside, but I finally did on Tuesday evening. 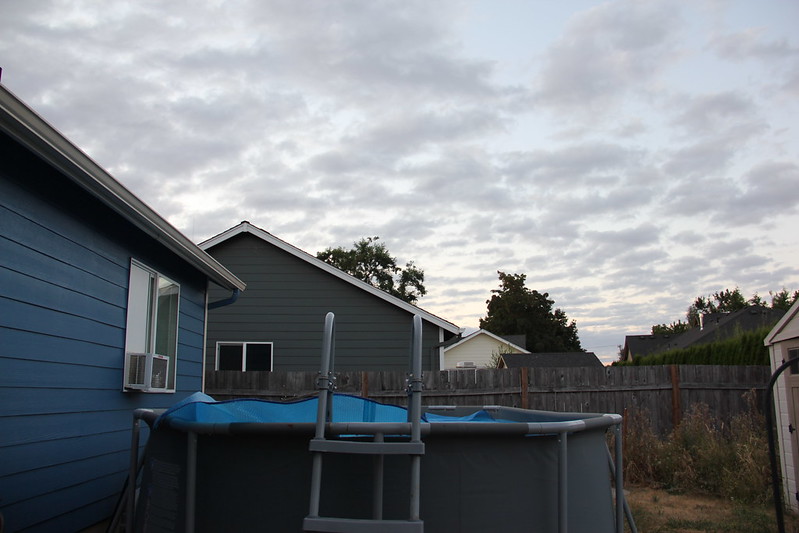 April said she wanted to build outside with me too. She was building her Friends set. We needed a big table space, so we took them to the table outback. It was so nice to just be outside in the cool evening air. The lighting was good too. 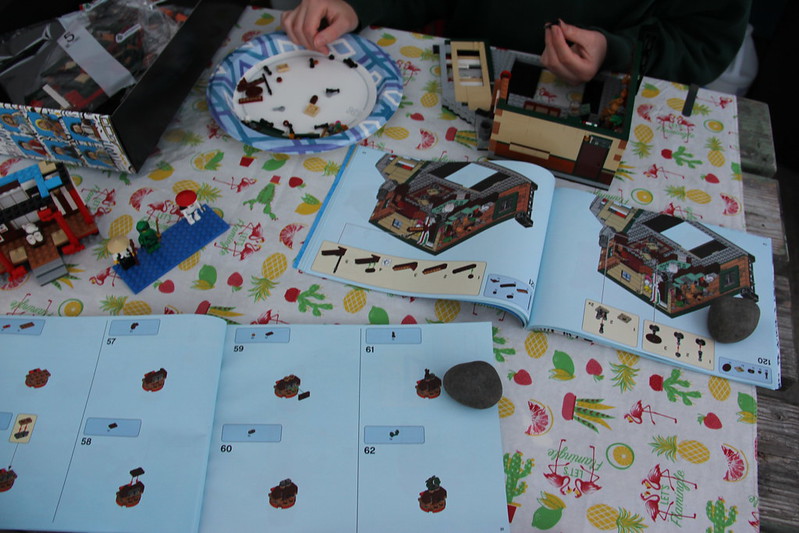 We both didn't finish, but we had fun together. Taking anything outside to work on is always a nice change of pace, but I will add that LEGOs outside is fun too! 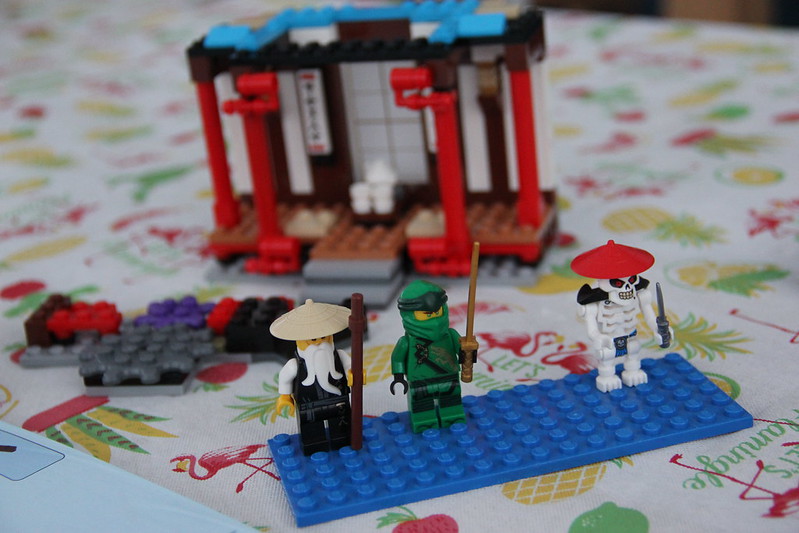 That wraps up this week's ABC blogging with LEGOs and the Letter O. If you haven't had the chance to check out last week's Letter M posts Here is the list. As I say every week, such fun posts and lots of great information! I always feel enriched after reading these.
Now it's your turn to share! Please join co-host Chareen and me as we blog through the alphabet and link-up below: 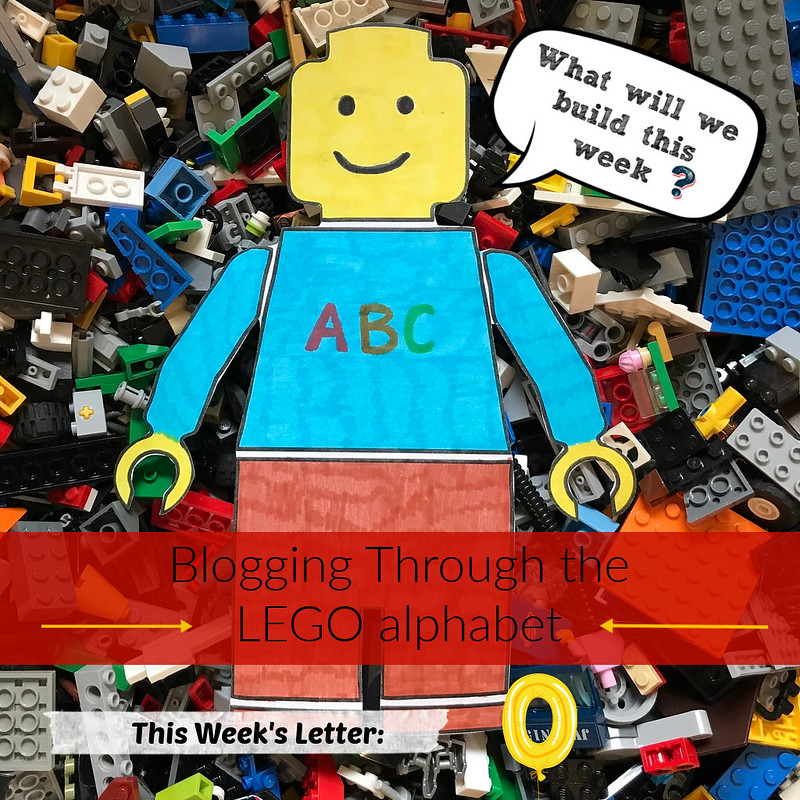 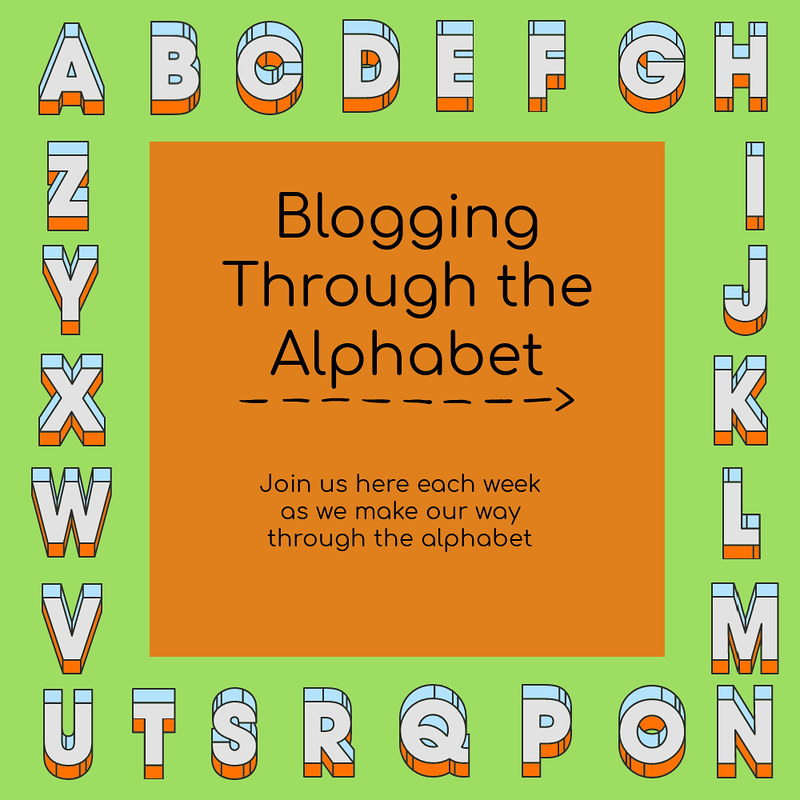 Please leave a comment, I love to hear what you think.

LEGO ABCs: O is for Olympics

We are on the Letter O this week for blogging through the alphabet. I have to say this one was a doozy until I realized that the Olympics is...

You can pin here!

Desiree
Hi! I am a homeschool Mom to 4 great kids. I love to teach, and share what we do here on this little blog. I also enjoy nature, photography, reading good books, and spending time with my sweet little family.

Promote Your Page Too

is the Daddy, and the Hubby. He provides for us, plays with the kids after a long day, and teaches us all kinds of new things. He's also the "fixer" of the house. If it's broken, and we can't fix it ourselves, we save it for Daddy to fix, and it usually is fixed up in a Jiff.